Harassment in the workplace

The Welsh Rugby Union has found itself in the midst of a storm, with allegations emerging of a toxic working environment. Our Head of Employment, Dan Wilde, takes a look at harassment in the workplace and what can be done. 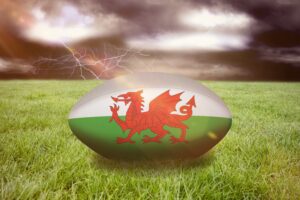 The shocking allegations emerging from the BBC investigation into the Welsh Rugby Union suggest “deep-rooted” culture and behavioural problems within the organisation. In her leaving speech, after two years as Wales’ Professional Rugby board’s chairwoman, Amanda Blanc recalled a “truly offensive discussion” about reducing the sanctions for an elected WRU member after he had made comments in public, including that “men are the master race” and women should “stick to the ironing”.Elsewhere, the Welsh women’s rugby’s former general manager has complained that a male colleague had said in the office that he wanted to rape her and that both she and another colleague were left feeling suicidal as a result of the “toxic culture” of sexism in their work place.

With MPs getting involved, major sponsors expressing their concerns stating the need for immediate and decisive action, along with calls for the CEO to lose his job, it is clear that alleged workplace behaviours creating significant adverse publicity for the WRU and are leading for calls for a wider review of the governance of the WRU.

But what is work place harassment and what can be done?

Under the Equality Act 2010, there are 3 types of harassment:

To be harassment, the unwanted behaviour must have either (1) violated the person’s dignity and/or (2) created an intimidating, hostile, degrading, humiliating or offensive environment for the person. It can still be harassment under the Equality Act if the behaviour has one of these effects even if it was not intended.

Although harassment can be a one-off incident, it’s more frequently a series of incidents or bullying which takes place over time. Indeed, bullying can be unlawful harassment under the act if it’s related to one of the protected characteristics.

How common is harassment in the workplace?

According to ACAS, the cost to UK businesses of bullying and harassment-related absenteeism, turnover and lost productivity adds up to £18 billion every year.

Statistics released by Vault when it launched its report, ‘The Trust Gap: Expectation vs Reality in Workplace Misconduct’, revealed that 75% of employees have either personally experienced or witnessed some form of workplace misconduct during their working lives.

What are my rights if I am being harassed at work?

You should try and resolve it internally through your employer’s grievance procedure. If you feel you cannot resolve the situation or your complaint is ignored, an employee with more than 2 years’ service can bring a claim of constructive unfair dismissal. To pursue a claim for harassment under the Equality Act 2010, you don’t need a minimum period of service. It is, however, important to act swiftly and commence ACAS early conciliation and a claim to the Employment Tribunal within 3 months of the date of the act of harassment, or your final date of employment for dismissal claims.

If bullying is not related to a protected characteristic and the employee lacks 2 years’ service, there is a peculiar gap in protection to employees and employees have no substantive rights to bring a claim to an employment tribunal. Nevertheless, employers owe a ‘duty of care’ to all employees to provide a safe place of work under the Health and Safety at Work Act and should be taking steps to prevent bullying occurring in the first place.

So what can employers do to prevent bullying and harassment in the workplace?

All organisations, no matter the size, should have clear procedures in place for dealing with grievance and disciplinary matters, including information on which staff employees can turn to for work-related problems. It is also sensible for employers to provide training to their employees on what is acceptable and unacceptable behaviour in the workplace. Employers should also have clear policies on acceptable behaviour in the work place, which make it clear that bullying and harassment are serious disciplinary offences and provide clear steps to employees how they can address concerns in relation to bullying and harassment.

Why does this matter?

It goes without saying that individuals should be able to attend work in an environment free from harassment. Claims to employment tribunal can be costly, with potential awards for injury to feelings of up to £49,300 in serious cases, personal injury for psychiatric illness and unlimited compensation for financial losses if the harassment leads to an employee been forced out of their employment. Employment claims for harassments are the cases that are most typically reported and can also lead to serious reputational risk as the WRU is finding out to its cost.

Our employment law experts are able to offer specialist advice on a wide range of issues, for employees and employers alike. Harding Evans can provide training on workplace harassment and ensure employers have effective policies and procedures to tackle harassment. For a confidential conversation, please contact Daniel Wilde on 01633 244233 or email wilded@hevans.com