With the Football Association of Wales announcing that the men's and women's senior players will be paid the same for representing their country for the first time, our Head of Employment, Dan Wilde, takes a look at the gender pay gap. 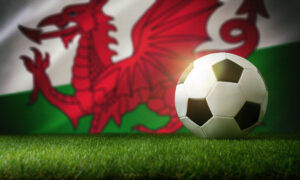 Pay and equality and the gender pay gap continues to make news. A report present to the World Economic Forum states it will take 151 years to close the global economic gender gap (in 2018, a similar report said the gap would close in 68 years).

The Equal Pay provisions of the Equality Act 2010 allow women to claim equal pay to a man undertaking like work, work rated as equivalent or undertaking work of equal value.  There have always been arguments in the sporting arena that male sport events attract larger audiences and sponsorships and that the work of male and female sporting stars is not therefore of equal value to justify the differential prize money and payments made to international male and female teams. It was therefore a refreshing change to see that the Football Association for Wales agree a deal whereby the male and female senior players will be paid the same for representing Wales. This deal was achieved with a 25% increase to the senior female players and the male senior male players agreeing a 25% pay cut.

In the real world, more mundane comparisons are made, for example, in local authorities between predominantly female dinner ladies and carers and predominantly male caretakers and dustbin men and in the private sector with retail stores facing claims from shelf stackers and till assistants (more often female) claiming equivalence to individuals stacking goods in the warehouse (predominantly male).

The fact that they pay men and women the same rate of pay to do the same jobs does not preclude an equal pay claim.  The provisions of the Equality Act enable a woman to claim equal pay to a man.  The claim does not need to be founded on the fact the woman is doing the same role as a man, but can also be founded on a woman claiming that she is doing work rated as equivalent, or work of “equal value”.  These types of claims have enabled domestic workers, predominantly female and part-time, to achieve pay equivalence with male workers undertaking roles such as caretakers and refuse collection in the public sector.

If a woman can establish that the work is of equal value to a man, that she is paid less and there is a gender disparity in the roles being compared, then she can establish a case that the employer needs to be able to rebut by establishing that it has a “genuine material factor” that explains the differential in pay.

All employers with more than 250 employees are now required to publish pay data broken down by gender.  If the statistical evidence reveals significant gender pay disparages, this in itself may provoke further action by disgruntled female employees.

While most employers’ pay scales and salaries will not attract the headlines of the Wales sporting stars, the evidence can be embarrassing to employers and could lead to potential equal pay claims.

Harding Evans offers assistance to employers in establishing an equal pay audit.  This helps an employer identify issues and consider whether there is a material factor defence and those steps that may need to be taken to address any gender equality in pay.  Critically, we can arrange for a privilege expert high level review of your working practices to identify the level of risk.  Contact us today for further information.